Purearth Environmental was founded in 2004, as a water resource, environmental & earth science consultancy, owned and operated by Terry Matheson, MASc. Civil, P.Geo.  Purearth was set up to allow Terry to take on surface and groundwater issues encountered by commercial clients while maintaining fulltime employment in the Engineering Services Department of the Municipality of East Hants.

In late 2014, after fifteen years of oversight on environmental issues, and developing the next generation of surface and groundwater resources for East Hants, Terry left the Municipality to apply himself more directly to providing water resource solutions to residential and commercial clients.

Since 2014, Purearth has been actively consulting on water resource quality and quantity issues, with farms, small businesses and homeowners in central Nova Scotia.

Terry is a Professional Geoscientist licenced to practice in Nova Scotia, and holds a BSc. with honors in Geology from Acadia University, and a Masters of Applied Science, in Civil Engineering from Dalhousie University, Faculty of Engineering. 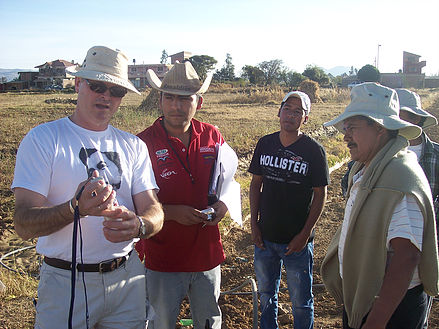